Susanna and the Magical Orchestra: 3 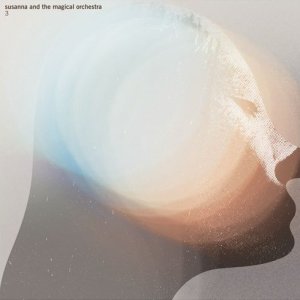 The power of slowing right down to make listeners take in and appreciate each note’s qualities has been much-harnessed in heavier music in recent years, whether that be by Mogwai, Earth or legion half-time dubsteppers. But it doesn’t need to be a macho technique, all about torque and weight: witness instead the unique recordings of Susanna Walumrød, with or without her "Magical Orchestra" (in fact just one person: Morten Qvenild) which have stretched out in time the most delicate and often poppy of material to make something abstracted, thoughtful, and occasionally monumental.

For a while, Susanna risked becoming known purely for her strung-out electro-torch-song cover versions of everyone from Prince to Kiss – a kind of intellectual Nordic alternative to Nouvelle Vague’s chic café soundtracks – but in fact her finest work to date has been with her own and Qvenild’s compositions on SATMO’s 2004 debut A List of Lights And Buoys, and its to that purity of style she mainly returns on this record. Opening with a brace of Walumrød songs in ‘Recall’ and ‘Guiding Star’, the album immediately sets out its stall: clean production, with a sound that suggests the most expensive of 80s pop (think Fleetwood Mac’s ‘Tango In The Night’ or Kate Bush in her heyday) but also the occult synth-pop of Chris & Cosey, draws itself out with infinite patience, leaving wide open spaces for Susanna’s cut-glass voice and philosophical lyrics of loss and hope. The two covers this time – Rush’s ‘Subdivisions’ and the beautiful ‘Another Day’ by Roy Harper – are obscure enough to blend in perfectly to this mood.

As you’ll have guessed, this isn’t a party record – not even one to listen to in company, probably, unless it’s a small-hours, set-the-world-to-rights, fourth-bottle-of-wine situation. And it doesn’t have the degree of abstraction to the background sounds that made tracks like ‘Friend’ on Lights And Buoys so strange and modern yet natural-sounding: the aforementioned 1980s sound pallette give it a very slightly kitschy retro-futurist feel. However, that technique of stringing things out, of making you wait for each note, triumphs again, and any quibbles are forgotten as Susanna’s velvetty tones wind inexorably around each stately melody.

Susanna and the Magical Orchestra homepage