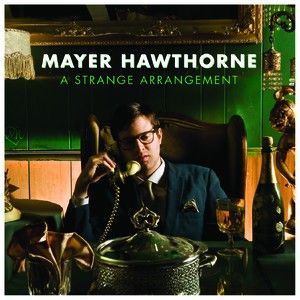 It’s not been a bad year for Stones Throw: not only has the future boogie of Dam Funk found new fans far and wide; Red’s sleaze-funk anthem ‘I Should Tell Ya Momma’ found unexpected success, and they’ve now succeeded in introducing the world (including overground publications like The Observer – well, someone’s gotta fund those 7" box-sets) to singer/songwriter Mayer Hawthorne.

Hailing from Ann Arbor in Michigan, Mayer – Andrew Cohen to his mum, and DJ Haircut when he takes to the decks – sets his sights on reviving vintage doo-wop; soaking his tales of love lost and gained deep in sweet soul and R&B. Tracks like debut single ‘Just Ain’t Gonna Work Out’, ‘Green Eyed Love’ and his cover of ‘Maybe So, Maybe No’ (originally sung by The New Holidays in 1969) are defined by Mayer’s distinct soulful harmonies, but if Hawthorne’s a showman, he’s a humble one – his vocals are never overbearing, and always keep equal standing with the instruments and production (which he also supplies).

Before hearing this album, it would be easy to pass it off as a gimmick, but you’d be wrong: Strange Arrangement‘s throwback sound trickles deep into the intricacies of its production, from the brass band to the barber shop acoustics, and most importantly, it feels genuine and real. The perfect soundtrack to the Autumn, combining nostalgia for the last days of Summer with a frosty, inner-city crispness.