The Heavy: How You Like Me Now? (Joker remix) 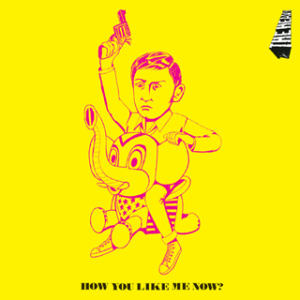 The problem with pioneering and pushing a very specific sound – in this case, the Purple Wow of Joker and his Bristol cohorts Gemmy and Guido – is that it’s easy to get so tied down in that aesthetic that your tracks can start to sound like minor variations on one theme. Which can work: check the singular periods of say, Loefah or Pole’s work. But with Joker’s recent output, it does seem to have reached the point where he needs to branch out more to remain interesting.

If this seems harsh, it probably is. It was only six months ago that everything with Joker’s name on it was essential: ‘Gully Brook Lane’, ‘Holly Brook Park’, ‘Digidesign’, ‘Purple City’, ‘Psychedelic Runway’ – the list goes on. You expect in-demand producers to half-arse it a bit when they’ve got a bunch of indie remixes to get through (and an album to complete), so maybe it’s no surprise that Joker’s been patchy of late: him and Ginz’ mixes of Example’s ‘Watch The Sun Come Up’ and his solo mix of Freeland’s ‘Do You’ were good, but the duo’s remix of Zero 7 and their contribution to Hyperdub’s 5 compilation have all the woozy synths that made, say, ‘Do It’ so irresistible, but the arrangements are unimaginative – like those stems are enough to do the job on their own.

This mix of 80s-loving Ninja Tune band The Heavy is more of the same unfortunately: the source material isn’t much to shout about, with its over-egged, sub-Jamie Lidell vocals and naff whispered chorus, but the beat just sounds like a template that Joker could bend, stretch and tighten to make something good, but left to its own devices is just Purple by Numbers. I mean can you really imagine anyone going nuts to this? C for Effort, Could Do Better.