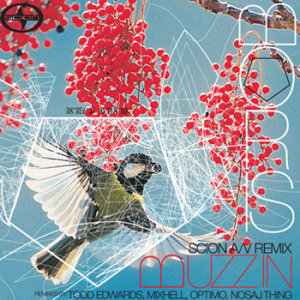 How great must life be as Todd Edwards? Sure, this remix of Japanese sludge-rock geniuses Boris is a bit silly: it’s Todd cutting and chopping Takeshi’s vocals up in his usual micro-editing style with a big dumb 4×4 loop underneath, but the whole thing just sounds like sunshine and we’ll be damned if you don’t come away from it seething with jealousy at the guy.

Let’s face it: a weekday for Todd Edwards involves waking up in New Jersey, praying, remixing some record in the same style you’ve been using for a billion years, getting paid by a car company and going to bed early, content, and a garage legend revered by thousands. A weekday for us involves waking up in London, skipping breakfast, writing about some record in the same style we’ve been using for slightly less than a billion years, having to wait ‘til the end of the month for pay and going to bed late and horny. Guess the good guys do win sometimes.