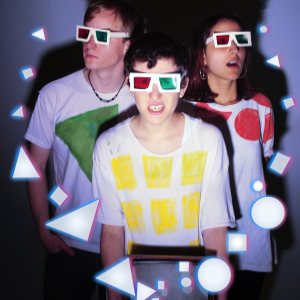 YES. This actually originally came out last year, as the B-side to London DIY golden gyal Micachu’s breakthrough single ‘Golden Phone’, but after the relative success of her full-length album Jewellery, Rough Trade have seen fit to release it as its own single.

And guess what, it’s still the best thing she’s done. Sample legend Matthew Herbert, who produced Jewellery, seems to have his mitts all over this single: it’s based around a sampled vacuum cleaner, and has an off-beat chime that’s timed so well it’s stupid. But as is the case throughout this album, Micachu’s the star here: she spends various parts of this ode to long-term relationships sounding relieved, vulnerable, naked and mature, and sounds at least a thousand billion times better than Speech Debelle throughout.