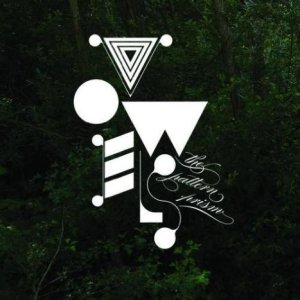 James Rutledge’s career has been oddly parallel to that of Kieran Hebden. His early 2000s work as Pedro (including one EP in collaboration with Kathryn Williams that remains one of the most under-appreciated classics of the last 10 years) operated in the same realm of warm-hearted but heavily glitched psychdelia, folk and free jazz samplism as Hebden’s Four Tet work; both have proved themselves as deft and non-intrusive producers of other musician’s work, but also as radical remixers; and both have made records built on improvised electronics along with live drummers: Hebden’s series of releases with the free jazz / funk / Afrobeat veteran Steve Reid and now Rutledge’s Vowels project with the rather younger Chris Walmsley.

All that said, though, Rutledge’s work rarely actually sounds like Hebden’s, and this is no exception. Even at its most twinkling and cosmic, there’s a to-the-point muscularity to this record, a sharp immediacy that contrasts strongly with the rather more cerebral, perhaps even spiritual, approach of Four Tet. Walmsley gets stuck right into his drumming such that you can practically feel the physical impact of each strike, so while it’s loose-limbed and rolling – and on tracks like ‘Appendix’ completely free from any four-square rock structures – it feels more rooted in the avant-rock traditions of bands like Boredoms, Ruins or even a less aggressive Lightning Bolt than anything in jazz.

Rutledge’s synth and effect work, too, is feisty, whether in the glowering drones and reversed cymbals of ‘Swim Pool’, the lysergic burbles of the motorik jam ‘Two Wires’ or the beefed-up Italo sequences of the album’s entirely fabulous centrepiece ‘On Up!’ which sounds like nothing so much as Keith Moon getting it on with under-rated aggro-disco synth-harassers Add N To X. The productions style is sharp, glossy and unforgiving: there’s no murk or mist here, and no sound is given any place to hide. What all this adds up to is a record that conclusively kicks out the jams, and a great big punch in the knackers for anyone who thinks improvised and/or electronic music is the province of noodlers and doodlers. It’s not a record that asks to be loved, indeed it feels like it couldn’t give two brass buttons and a tinker’s toss what you think, but it is surprisingly easy to fall for it nonetheless.