The Rest Is Noise bar launches in London with Joy Orbison, S.C.U.M. and more 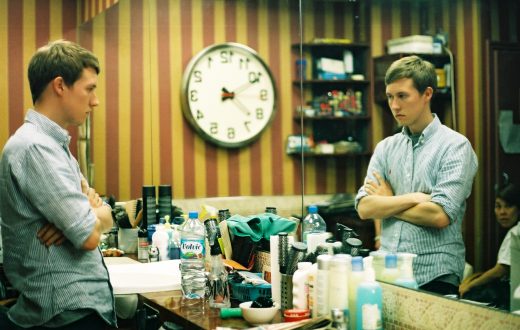 580, the company behind The Lock Tavern (where FACT hosts its bi-monthy bass-tasting party), Field Day and The Amersham Arms, launches a new bar in Brixton this Thursday, 1 October.

Located at 442 Brixton Rd and named The Rest Is Noise – presumably a nod to Alex Ross’s none-more-namechecked book about modern classical ("Surely they need a gay night called The Rest Is Boys," opines Ross on his blog) – the bar’s objective is to "pool existing local talents and traditions, with the best upcoming bands/DJs/promoters". Paul Lilley, formerly of The Old Blue Last, will be in charge of bookings."The venue will benefit from the installation of a proper strage with excellent sight lines," assures the press release, "And in the great tradition of Brixton soundsystems, earthquaking bass at the flick of a switch from a sound rig built from components of legendary Notting Hill Carnival systems."

The Rest Is Noise will be open until 3am on Fridays and Saturdays, and 1am on all other nights. The interior is being spruced up by 580’s art collective House of Girls, with a giant 12×24′ wall of recycled mobile disco light boxes in the offing, and contributions from a rotating cast of South London illustrators (Jiggery Pokery is up first).For the opening night TRIN have called upon dubstep horror-merchant Caspa to ditch his favoured wobble n’ scrape in favour of a special old-school garage set. He’ll be joined by man-of-the-moment Joy Orbison (pictured), kiddie industrial types S.C.U.M., Crispin Dior, Peanut Butter Jelly Time and more. Entry is free, so don’t miss…

Planned regulars at The Rest Is Noise: