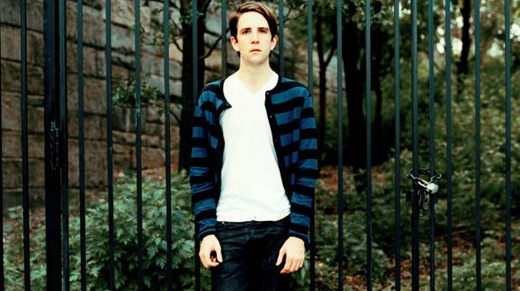 Owen Pallet has finally completed work on Heartland, his third album as Final Fantasy and the follow-up to 2006’s He Poos Clouds. It’s due out on January 11, 2010.

He’s spent the last few years working on orchestral arrangements for the likes of The Last Shadow Puppets and Pet Shop Boys, and this experience seems to have fed into the making of Heartland (though where all the farmer stuff comes from is beyond us):

"The songs themselves form a narrative concerning a farmer named Lewis and the fictional world of Spectrum," explains Pallet, in all seriousness. "The songs are one-sided dialogues with Lewis, a young, ultra-violent farmer, speaking to his creator.

"The album was compositionally modeled upon the principles of electronic music.  The principles of analog synthesis informing symphonic writing, like an inversion of a Tomita record.  These songs, too, were designed to be as dense with polyphony as the Final Fantasy live shows can become.  While writing it, I kept an image in my head of putting so many notes on the page that the paper turned black."

Pallett began work on the album back in November 2008 with the Arcade Fire drummer Jeremy Gara at The Greenhouse studio in Reykjavik. The orchestra is none other than the Czech Symphony, and their parts were recorded January 2009, in Prague. Other guests Nico Muhly, who has worked as an arranger for Antony & The Johnsons and Grizzly Bear. The album was mixed by Rusty Santos, who worked on Animal Collective‘s Sung Tongs and Panda Bear’s Person Pitch.

8. Lewis Takes Off His Shirt

12. What Do You Think Will Happen Now?