Magda to curate next Fabric CD 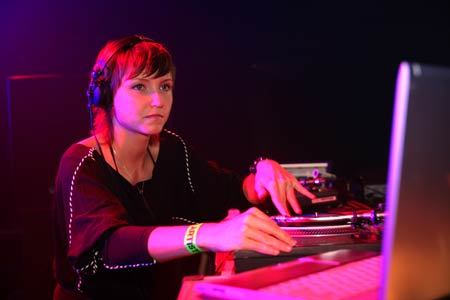 Magdalena Chojnacka by birth, Magda was born in Poland but cut her teeth as a DJ in Detroit, and hooked up with Richie Hawtin via her various club residencies there. She now is an integral part of his M_nus label, and a poster girl for spotty techno geeks worldwide.

As you might expect if you’ve seen Magda play live, she’s got the laptop working overtime here, and throughout her Fabric mix has two or three tracks on the go at once. It’s released on November 16; Goblin, Christian Vogel, Marc Houle, Jimmy Edgar, Heartthrob and more feature.

Says Magda: "the mix is inspired by Italian horror film soundtracks from the 70’s. I included the band Goblin, who made some very interesting dark disco, with trippy and drawn out psychedelic elements. I wanted to create something dark and groovy with a soundtrack feel to it, where sounds emerge and disappear, creating a spooky atmosphere.

"I chose tracks which were somewhat experimental along with dance tracks I like. I was very happy to be able to use "Heavy Whispers" by Yello because they are one of the most interesting bands for me. They had the ability to combine very different sounds and make some of my favorite new wave/electro/disco tracks ever. I also used a lot of unreleased tracks from producers whom I’ve met online and received demos from. It’s nice to be able to support younger artists and their sound when I can."

Full Fabric 49 tracklisting can be found over the page.