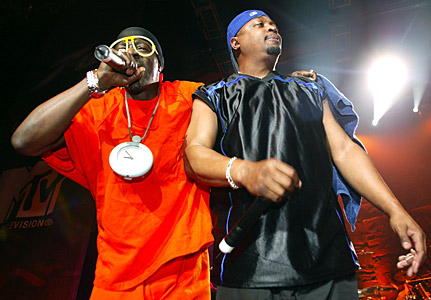 Of course, this will be a two-way street: the fans will take a share of the revenue from the record (though the specific figures are yet to be revealed). Fans that contribute money will also get a numbered copy of the album.

The group are working with SellaBand to raise $250,000 in individual donations of $25. Says Chuck D of the whole affair, "SellaBand’s financial engine model goes about restructuring the music business in reverse. It starts with fans first, then the artists create from there. The music business is built on searching for fans and this is a brand new way for acts to coming to create a new album with fans first, already on board."

Public Enemy are the first established act to take advantage of SellaBand’s business model. As far as details of the album goes, that’s all yet to be announced [via Music Ally].