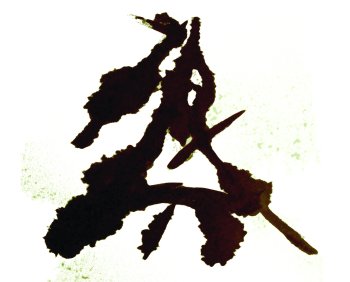 Antye Greie, who records electronic pop as AGF and has found success in recent years collaborating with her husband, Vladislav Delay/Luomo, has a new album out on November 9.

Titled Einzelkämpfer (it translates to Lone Warrior), it will be released on Greie’s own AGF Production label, and apparently marks the 19th album she’s released since 1996 (it’s her 6th solo full length). It deals with "lone warriors, from the deep sea creatures to the human individuals, the woods, our earth, achievements through solitary action and considerations about this."

For the record, Greie "based her thoughts and research on scientific papers, ancient and recent literature, personal emotion and created poetry in her audio composing technique, "poem producing." She promises her most ‘beatless’ album to date; focusing on "ambient, noise, poetry and singing on experimental ground."

She’s also, according to the press release, lived in the woods since 2008. I bet that was a blast. Tracklisting over the page.

Tracklisting:1. Do Nothing Until (A Quiet Sense Of Truth Is Established)2. We Break Out3. Dis-Hero Equals4. Einzelkaempfer5. Her Beauty Kills Me6. Worin mein Mund Zur Bewegung Fand7. A Poem in 4 Layers8. Alone In The Woods (The Fox, The Skunk And The Rabbit)9. Practicing Beat Anarchy10. Rhythm, Rules and Ink11. In Battle12. Kopffüsser (Cephalopod)13. On Earth