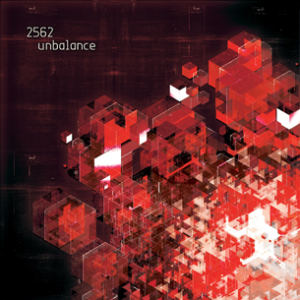 I’m not gonna front: I went through a bit of an anti-2562 stage in the past. Dave Huismans undoubtedly made some of the most clinical, immaculate dubstep productions of late 07/early 08, when everyone was mad for the Dubstep Allstars 6-step of Martyn, Hessle Audio and Apple Pips, but they rarely resonated emotionally with me, possessing neither the presence of a Pinch or Shackleton nor the combination of groove and underlying longing you get with Ramadanman, Pangaea or Martyn’s productions. I bought his debut album, but the biggest impact it had on my life was falling off a shelf and breaking two of the keys on my laptop keyboard. I haven’t had a J or N for ages now, it’s a fucking nightmare.

The turning point for me was Shortcuts, the album that Huismans released later that year under the name A Made Up Sound. More easily digestible, more palatable, and with a real Max Richter vibe to the artwork and approach, it remained on the techno side of the techno-dubstep crossover that was bubbling at the time and was better for it; more danceable, with more swing than Aerial. All the Made Up Sound singles that have followed it are superb.

Unbalance, 2562’s second album, released this week on Pinch’s label Tectonic, is also superb. Obviously it’s a dubstep album – you need to play it loud to truly appreciate it – but the songwriting; the melodies, the leadlines, the structure, has advanced such that you can listen to it on laptop speakers and still bliss out. Tracks like ‘Dinosaur’, ‘Flashback’, there’s a subdued sadness to those melodies, bobbing along a river of crackle and rain, that hit you. The looped vocals on ‘Lost’ are like reading Burial’s diary if he’d spent years alone on a spaceship, while the album’s title track has rhythms that recall Shortstuff’s more off-kilter percussive moments, but use them to stagger emotion rather than set off dancefloors.  Rhythmically, Unbalance is more varied than any Huisman full-length to date, and another distinction between this and Aerial is given away by the contrasting cover art: finally, this is a 2562 album in multicolour.

Ending on the stunning single ‘Love in Outer Space’ and ‘Escape Velocity’ – both willfully weird pieces of "rhythm science" (cheers Boomkat) that close the record on a paranoid crescendo of out-of-control, battling leadlines that eventually give way to space ambient, Unbalance isn’t just one of dubstep’s best albums to date, it’s an LP that confirms Dave Huismans as one of dance music’s strongest current minds. It’s even good enough to make me dig out Aerial again.