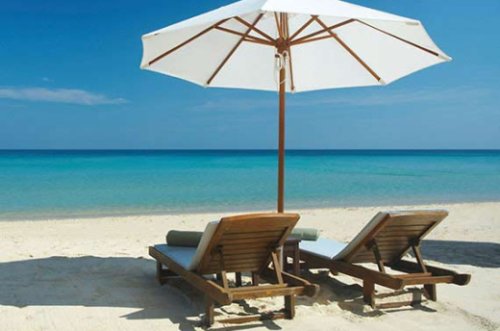 "I’ll strum my guitar and bass and record with one of my several secret indie/metal/punk/folk/psychedelic/whatever projects … it’s kind of therapeutic, just playing, no restrictions"

Word has spread that German house producer Alex Cortex – a contributor to labels including Source, Pathmusick, Wireblock and more – has ‘retired from techno.’

The Test Industries blog announced the news this week:

"I don’t like being the bearer of bad or sad news, but was disappointed to hear that the highly talented German producer Alex Cortex is taking an indefinite break from making techno. This has come about, Alex says, due to a lack of gig and general dissatisfaction about where the scene is heading to. Although there have been a number of Cortex releases lately with some more to come, this is because he is licensing off his remaining archive of productions. He says that it is unlikely that he would be able to release his third artist album himself, given the current "market situation", but that "there seems to be a new label project exclusively for vinyl in the pipeline, by a friend, a well-known label head, producer and DJ I have been working with, directed to those listeners who do care to what I and similar folks are doing".

"Although Alex says that he can’t say much more about this new venture at this point as it hasn’t been 100% confirmed. In the meantime, Alex says: "I’ll strum my guitar and bass and record with one of my several secret indie/metal/punk/folk/psychedelic/whatever projects – as they are not meant for any market, it’s kind of therapeutic, just playing, no restrictions." No matter what he does next, I’d like to wish him all the best. Alex Cortex will be sorely missed."

What a fucking hippie. Just kidding; Cortex is alright. In other retirement-related news, Planet Mu/Warp producer Milanese, who this year released his (presumably) last album Lockdown, has also retired from music. In his myspace blog, he announced that’d he’ll "be retiring … for a while."

"Feels quite strange writing about this but anyway… my output over the last few years has not been that frequent, that’s partly because i’ve spent half that time teaching myself sound design for games, and for the last 10 months working on an indie project.  I’ve tried to keep it quiet except for the occasional tweet on twatter about some sound i’ve just made for the game.

"Now i’m taking an in-house position with a development studio, that means music is going to be more of a hobby, and i’m looking forward to it.  I’ll take as long as i want writing weird experiments, and occasionally see if someone wants to put any of it out.  Of course I’ll do the gigs I’m booked for and consider other offers, I’ve still got new stuff to play ;)

"However, I do have a couple of things to finish and put out though, including a sequel to Dead Man Walking… if all goes well with that. Cheers, see you in a bit!  at some point i’ll post something up about the indie game i’ve been working on, its got lots of fat explosion in :P"

Rumours that FACT are retiring from Twitter comedy are, at the time of writing, unfounded.