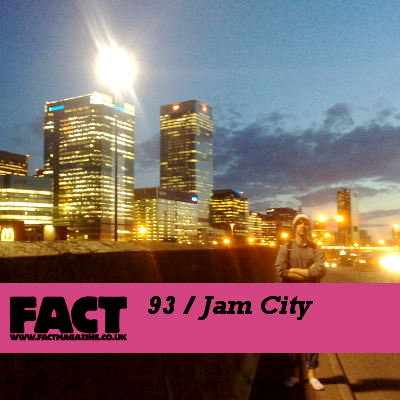 OK, so he isn’t quite the messiah – though it’s true that certain members of the FACT team believe he is – but his initials are JC. One way or the other other, it’s fair to say that Jam City is a new producer we’re incredibly pleased to have discovered.

Having downloaded and caned the mix he recorded recently for LowerEnd Spasm, we had to ask for him a FACT Mix, and sharpish. The 20-year-old South Londoner has really excelled himself with a ravishing, uniquelypsychedelic take on grime-inspired house and funky that confidentlyavoids any obvious or over-familiar tunes. Look out for three original,ultra-percussive Jam City productions – ‘What I Think About You’,’Runnin Yr Mouth’ and ‘Underpass Limiter’, plus four exclusive editsand the absolutely beast Reese-bass-fuelled’Shining’ by Gremino, and further contributions from the likes ofBookworms and DJ Gukwa.

We’re not sure there’s any producer or DJ in the UK right now whois so skilfully balancing dancefloor ruffage and emotional delicacy.Make no mistake, Jam City has a blindingly bright future ahead of him;download this mix and hear exactly why.