Roll Deep get ready to 'Aim High' once more 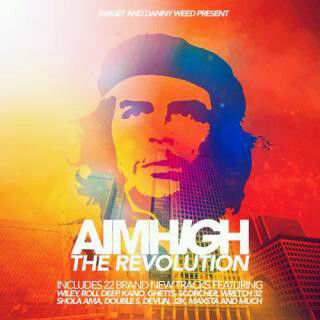 Target’s Aim High 2 is seen as a classic grime CD/DVD package, part of a prime period of Roll Deep releases that also included the Creeper CDs. The underrated Aim High 3 is also a bit of a stonker in our eyes, featuring Target’s superb ‘Alligator Riddim’.

Target himself is one of the original crew that founded London pirate Rinse FM, and although the East Londoner has never been as prolific a producer as his peers Wiley or Jammer, he’s still made classics in his time in ‘Earth Warrior’ and ‘Chosen One’. Danny Weed, who he compiles this CD with is another Roll Deep member, best known for sparse, inventive productions like ‘Salt Beef’ and ‘Creeper’.

Aim High: The Revolution is out on November 2, and according to Target has "bare good tunes pon it lol." Full tracklist over the page.