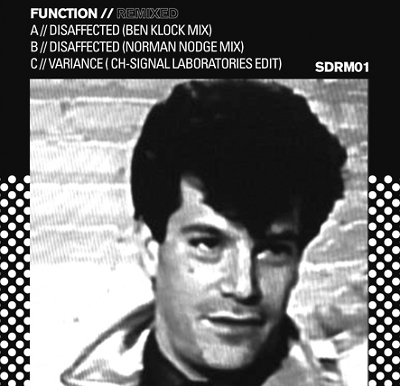 One of the brains behind techno label/collective Sandwell District have revealed plans of two new artist albums and a limited edition mix CD, as well as an imminent 12” release featuring remixes from Berghain’s Norman Nodge and Ben Klock.

Sandwell District was founded in 2002 by Birmingham techno stalwart Peter Sutton, AKA Female. Since then, the label has grown to accommodate Sutton’s old Downwards associate and fellow Brummie Karl ‘Regis’ O’Connor as well as Americans Dave ‘Function’ Sumner and John ‘Silent Servant’ Mendez. The Sandwell District sound is tough-as-nails minimal techno with a real industrial edge, both in terms of sound design and attitude, and it’s grown to become one of the most talked-about and danced-to labels of recent years.

Function contributes the latest in RA’s podcast series this week, and hints at what we can expect from the label in the coming months:

“[A] Function longplayer, a Sandwell collective album project, a limited Sandwell Mix CD, a remix package of Function tracks featuring mixes from Ben Klock, Norman Nodge and CH-Signal Laboratories and a collaboration with Jerome Sydenham, among a number of other projects.

Sumner also alludes to additional 12” releases from himself and Silent Servant. The Klock, Nodge and CH-Signal remix 12” will be out later this month; the patronage of Berghain/Ostgut Djs like Nodge and Klock has been key to raising Sandwell District’s profile over the past year, and Klock’s last single featured remixes from Regis and Function alongside Robert Hood and Kenny Larkin.

However, it’s that “collective album project” we’re most curious about – great though SD’s 12”as are, a definitive full-length statement is just what the doctor ordered.

Sandwell District operator and former British Murder Boy Regis has just completed work on a new 12” with Berlin’s Ancient Methods, which will be out next month. Make sure you check out his belting mix of Brum post-punk available exclusively via FACT.