Wiley and Chew Fu: ‘Take That’ 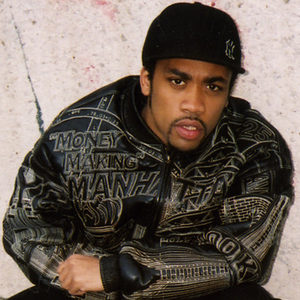 God, who’d have thought when Dizzee’s ‘Bonkers’ came out that 2009 would produce not just one worse grime-gone-electro-pop single, but a whole legion. Kano’s ‘Rock ‘n’ Roller’ and Tinchy’s ‘You’re Not Alone’ are bad – Chipmunk’s ‘Oopsy Daisy’ and ‘Diamond Rings’ even worse. Now it’s the Godfather of grime, Wiley’s turn.

To Wiley’s renowned credit, there are few – if any – contemporary artists with his ability to put out absolute dross and have it, if not be that enjoyable, to at least be intriguing as a weird insight into his incredible mind. This is the guy who devoted half a track to a monologue proclaiming himself a ‘defender’ of scar-boated rival Stormin’s face, and recently declared in his “last ever interview” that he “literally is Tinchy Stryder.” The guy who accidently made one of the greatest pop records of the last half-decade with ‘Wearing my Rolex’. The guy who squeezed “must be the same old kid from the dinner hall/primary, eating apple crumble and custard” into his fiercest ever diss track.

But there’s no unhinged non-sequiturs here, no endlessly quotable couplets, no fascinating idiosyncrasies, just half-arsed chat over the sort of motor-revving house that should have been banned a long time ago and a lot of echo. Still, it’ll doubtless be huge with Rob Da Bank, and I’m sure Wiley’s contributions to the next Aim High mixtape will be sound. Transparent paper-chasing by someone with the justified underground rep to get away with it; in his own words, “no rolex”.