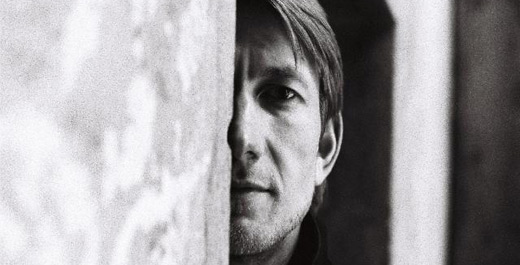 As you may be aware, Bleep43 is one of FACT’s absolute favourite London raves.

Thanks to the discerning folks who run it, we’ve enjoyed DJ and live sets there from such premier league acts as techno classicist Convextion, italo kingpin Intergalactic Gary, doomy dub industrialist Scorn and Drexciyan electro stalwart DJ Stingray. Bleep43 line-ups always entertain, and always educate. Their next party, which takes place at Corsica Studios on December 11, continues their extraordinary run of form.

The billed is topped by Surgeon and DJ Pete, reprising the deadly partnership which blew the roof off Bleep43 last year for another all-night, back-to-back set. Surgeon is frankly the best techno DJ around, with a visceral but nuanced style that you simply need to experience first-hand. He’s perhaps best known as one half of the now defunct British Murder Boys (with Sandwell District’s Regis) and for his string of classic releases on Tresor and his own Counterbalance label, but recently he’s been name-dropped by everyone from the Ostgut Ton lot to UK dubsteppers, and has turned out incredible remixes for the likes of Moderat, Scuba and Shed. Surgeon will be joined by his old mucker DJ Pete, who is a member of Berlin’s none-more-respected Hardwax crew, and has recorded seminal techno tracks as Substance and, with Rene Lowe, Scion.

Detroit house hero Patrice Scott will fly in to play one of his infamously hypnotic, mind-bendingly funky sets, but we’re perhaps most excited about the scheduled appearance from Newworldaquarium, whose shimmering, tripped-out slow-house style has already resulted in one of the albums (The Dead Bears) and singles (‘Trespassers’) of this or any decade.

Bleep43 DJs Dan Bean and Toby Frith, plus Orphan live, will lend their support. The night runs from 10pm-6am; tickets are £12 advance, £15 on the door, £9 NUS. For more information and tcket, click here.