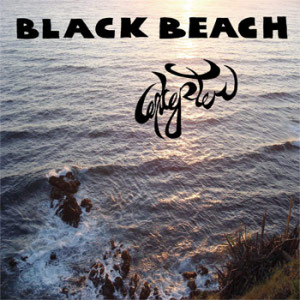 Excepter hatched from the same psychedelic Brooklyn egg as Black Dice and Animal Collective, and sonically they’re somewhere in the middle – nowhere near as poppy as Panda Bear and pals, but nor as angular or difficult as Eric Copeland’s crew. They’ve yet to release a record that satisfactorily honours their talent, but this new EP suggests they’re headed in the right direction.

The EP is actually a soundtrack, music for a short film they’ve made of field recordings and jam-sessions (read: seaside larks) at Big Sur, California’s legendary mecca for surfers, beat-poets and bums of all kinds. The film is being released concurrently on DVD, but I must confess I still haven’t watched it – in fact, it’s presently residing in that part of my collection given over to things I’d sort of like to watch but never will, like Gang Gang Dance’s Retina Riddim and the second disc of Stalker.

Even without visual accompaniment, this is an engaging record. Atmospheric sounds from the ‘Sur abound, particular on the opening track ‘Sand Dollar’ and the aptly titled closer ‘(Waves)’. Once ‘Sand Dollar’ actually gets under way, it reminds me of the kind of witchy modern classical soundtracks that Jonny Trunk puts out, like Blood On Satan’s Claw or most recently Edward Williams’ Life On Earth score, all mischievous woodwind sounds, twinkly percussion and unexpected dissonance.

The centrepiece of the EP is the magnificent ‘Castle Morro’, an epic techno-style cut that captivates for its whole 6-minute duration. Rhythmic field recordings of indeterminate crunches and scrapes build into a fierce but distant, dubbed-out 4/4 thud- it reminds me of Porter Ricks releases and that sense that you’re outside a thick-walled fortress listening to a rave taking place within. After four minutes, the bass-drum emerges from the fog, now wreathed in hi-hats and 303-style acid house squiggles.