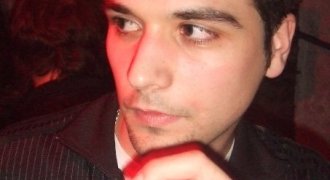 FACT magazine return to the Lock Tavern this coming month with a headline performance by one of the most exciting new acts around – Darkstar – and three young DJs destined to make dancefloors better, sweatier places in 2010…

The party takes place November 22, entry is free as ever. Expect the best garage, house, grime and dubstep from the past, present and future, and if FACT’s past Lock raves with Sinden, Cooly G, Greco-Roman and more are anything to go by, expect a lot of fun (just look at that picture above if you don’t believe us – we even had balloons at the last one). Anyhow, here’s the lowdown on the line up:

Headlining this November’s FACT party are Darkstar. Tipped for greatnenss by Thom Yorke and The NME and signed to the UK’s premier dubstep-and-beyond label Hyperdub, the duo’s combination of UK garage rhythms and more conventional song structures with robotic vocals and star-eyed synths is sometimes so beautiful it’s overwhelming, recalling Kraftwerk, Radiohead, Todd Edwards and more. When DJing, you can expect plenty of fresh material from the duo – not to mention their Hyperdub cohorts like Zomby and Ikonika – and if you’re lucky, a taste of things to come from their hugely anticipated debut album, due early next year.

With releases forthcoming on Apple Pips, Night Slugs and Sound Pellegrino, it’s only a matter of time before Greena’s career hits third gear. His productions are one thing, but his DJ sets are a whole other beast; whether cutting and looping live in Ableton or bashing out vinyl, there are very few DJs in the UK as thrilling as him: for evidence, check his now legendary podcast for FACT, or ask Appleblim or LuckyMe, both of whom have shelled out to have him play their club nights outside the M25. Playing everything from Drexciya to Baltimore House and packing plenty of exclusives, expect to be telling your friends about this guy come Monday morning.

Like Greena, the other two DJs on show are signed to Bok Bok and L-Vis 1990’s Night Slugs label, and echo the imprint’s laissez-faire attitude to genre boundaries and bass-heavy, dancefloor-focused aesthetic. Jam City is yet to release a debut single, but already he’s been declared one of the most exciting prospects in UK music for years – one listen to his studio mixes, original productions or edits of the likes of Dam-Funk and DJ Deeon should show you why.

Sub FM regular Mosca is best known for ‘Square One’, a UK House anthem that takes in tribal percussion, Karizma’s horns, the longing bass of Joy Orbison, cut-up R’n’B and patois samples – so basically everything good in music ever – and gets played out by Kode 9, Shortstuff and more. But that’s only half the story: check new productions like ‘Gold Bricks, I See You’ and you’ll realise that you’re dealing with one of UK music’s brightest young stars.

So once again, that’s Sunday November 22: Darkstar, Greena, Jam City and Mosca for free, plus your reliable FACT DJs playing records. Sometimes they even play two at once.