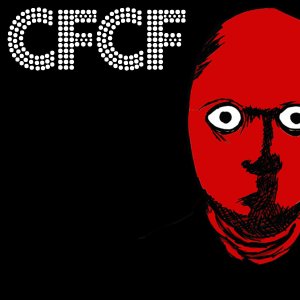 All signs pointed to ‘great’ with CFCF’s debut album. A balaclava-clad producer from the Great White North who’s released on Acephale (Salem, Air France) and remixed Crystal Castles, doing a disco full-length? I was all set for some Web 3.0 guerilla assault on disco, with handclaps replaced by gunshots. But instead, I got an instrumental record that often sounds very nice, but rarely achieves much beyond that.

Past single ‘Invitation to Love’ crops up again on this record; a track that uses the exact same melody as Quiet Village’s ‘Pillow Talk’, but trades its dreamstate atmospherics for more of a straight, clap-driven analogue boogie. It’s preceded by a cover of Fleetwood Mac’s ‘Big Love’ [we think it’s a cover of the Arthur Baker 12” edit ‘cos of the pianos, but it’s all much of a muchness – Ed] and opener ‘Raining Patterns’, which is beautiful, but I’m certain it’s identical to an older, more famous track that I can’t pinpoint [we think it is but we can’t think what either – Ed again].

There are some really nice moments on Continent: ‘Summerlong’ is a lovely, fluttery guitar interlude that you can imagine Arthur Russell singing over, and there are points where CFCF achieves those same lens flared tones that made Ducktails’ albums this year so special. ‘You Hear Colors’ is gorgeous, doing the distant motorway guitar thing much more effectively (and less embarrassingly) than Fontan, while ‘Break-In’ is on a subdued horror disco tip, with wind wailing in the trees overhead. But ultimately, for all Continent’s nice moments, they’re rarely more than that – nice moments – and the most memorable parts of the record (‘Monolith’, ‘Raining Patterns’, ‘Invitation to Love’) all feel far too familiar for comfort.

Fans of Ducktails, Italians Do It Better, Quiet Village and more should enjoy this, but I wouldn’t prioritize it over records by them.