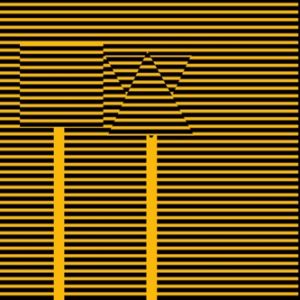 Heroes of electro-nostalgic reassurance-core, Seeland, get fiddled with by Ghost Box vets The Advisory Circle, in an unsettlingly relaxing track. It’s rather a subtle remix, TAC stripping the backing vocals and general sonic bric-a-brac from the cyber-Richard Hawley original (the B-side of ‘Library’), and replace it with the feeling that our imagined Hawley has slipped some Rohypnol in your drink in the back room of a pub on the outskirts of Sheffield. Which is better than the vague aftertaste of Jethro Tull that the original leaves you with, admittedly.

It all gets a bit woozy, with a Boards Of Canada melody line wandering into the mix to replace the chiming futuristic cityscape synth, and you’re left feeling maybe too comfortable. ‘It’s up to you’, actual singer Tim Felton [we think – they both sing at various points on the album – Ed] gently intones into your shell-like, as the minimalist plucked strings ebb and echo in the back of your skull. He makes it seem like the choice is yours tonight, but you’re too far gone. He’s feeling up your thigh, and you know it’s not right…but his hand is warm and strong. Damn it, Seeland, no means no!