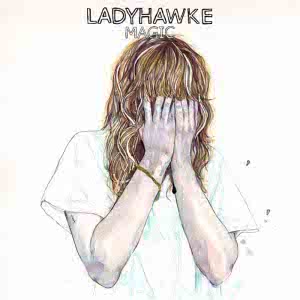 This is the seventh single from Ladyhawke’s debut album. Seventh. It is also the first song on the album, so really, either you’ve heard this song all you’ll ever need to, or this download only release is probably just going to pass you by.

Saying that, it’s a good song, a really good song; sheer-sounding synthesisers set co-ordinates for Depeche Mode at their most pop while treated guitars roughing up the 80s cleanliness from deep within the mix. Add a touch of Talk Talk melodrama, handclap percussion and Pip Brown’s tale of fanlove is blissfully complete. It just suffers by being released after two re-releases, like anyone actually cares.