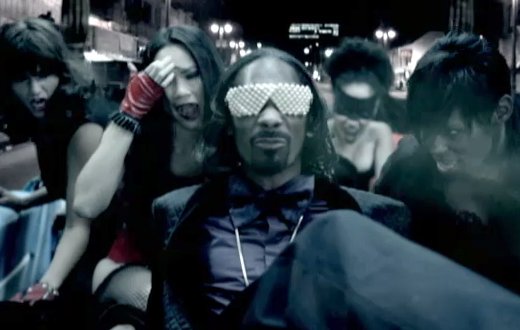 But is there anyone else in hip-hop more fun to write about? Snoop’s tenth studio album – apparently ‘much anticipated’ – will be titled Malice ‘n’ Wonderland, and is on a vaguely conceptual tip wherein half the album represents Malice “through gritty, dark gangsta lyrics and content” and the other half is Wonderland, “showing Snoop’s fun-loving and light-hearted flows.”

So we’re talking a thematic representation of the life of a gangster, right, all rich champagne-fueled luxury one minute and head-fucking disconnected misery the next? That or Snoop just came up with the pun when he was stoned and realised he had enough money to turn it into a silly album.

Either way, the first single is ‘Gangsta Luv’, and comes produced by Tricky and The-Dream. The-Dream also provides vocals, and features on the video chauffeuring Snoop’s Cadillac, which you can watch below. Snoop also dresses as a vampire; we suggest you watch it.

Malice ‘n’ Wonderland is released on December 7 via Priority; ‘Gangsta Luv’ on November 30.