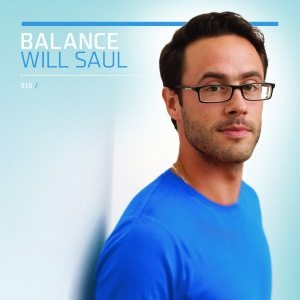 Oh to be a mix album in 2009 – you have to be proper good to make people care. If you’re some sort of defining statement of a new sound (Alexander Nut’s mix for Rinse), or showcasing a producer’s best tracks at the exact right time in his career (Omar-S for Fabric), or making some grand artistic statement (Villalobos for Fabric), or introducing a bunch of Berlin minimal drones to Untold (Modeselektor’s Body Language) then you’ve got half a chance. If you’re not doing any of those things, then you’d better be something special or you’re fucked, because we can all just download something better for free.

Will Saul’s contribution to EQ’s Balance series is inevitably good. The man behind the Aus and Simple Music labels, Saul’s a cracking DJ – he always has been – and right now his taste’s at an all time high: his labels consistently gets the best out of Lee Jones, and lately have turned their attention to the more Euro-friendly dubstep producers like Appleblim, Martyn, Pearson Sound, Joy Orbison and Komonazmuk (it’s fine – they don’t know what his name means out there). Balance 015 features all the above plus Lawrence, Koze, Mathew Jonson, Zomby and more, and it’s mixed in the sort of well-measured, collected way that you expect from Saul.

There are some beautiful blends here: the languid vocals of Cortney Tidwell’s ‘Palace’ over the shivering micro-house of Villalobos’ mix of Isolee’s ‘I Owe You’; the point where Saul brings Zomby’s most Burial-esque track, ‘Test me for a Reason’, through the cracks of Burial’s own ‘Shell of Light’ and into the clicking space-step of 2562’s ‘Embrace’; Geiom’s ‘Reminissin’ into Martyn’s remix of ‘Broken Heart’. It’s much more fun listening to this one without a tracklisting at hand for some nice surprises, and it provides a nice counterpart to Modeselektor’s far burlier Body Language CD.

So what’s wrong with it? Well, for a start, you’ll never actually listen to all three discs, will you? Not for a while anyway – come on, you might as well admit it now. There’s also not a lot of exclusives – if you’ve been following the scenes that Saul deals in, then you’ll know a lot of these tracks already. So there’ll be better mixes available for free this year but that’s inevitable – someone looking for a nice trio of CDs to whip on at an after-party could do a lot worse than this.