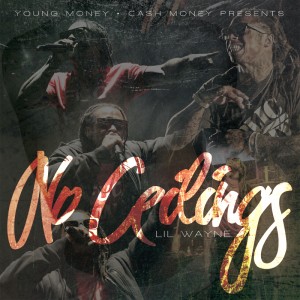 No doubt 2008 was Lil Wayne’s biggest year to date. The Carter III was the Louisiana native’s biggest selling album, thanks in no short part to the success of singles ‘A Milli’, ‘Lollipop’ and an appearance on T.I.’s ‘Swagga Like Us’, and you couldn’t turn on BET without him appearing on every other video. 2009 on the other hand, sees Wayne in danger of losing his edge: his guest appearances became increasingly drenched in AutoTune, and after playing guitar with Kid Rock at the CMA Awards in November ’08, he announced that he would release his first rock album Rebirth, scheduled for release in December of this year. ‘Prom Queen’, the first single from Rebirth was Wayne’s worst received public movement since kissing Baby, and last month he pleaded guilty to criminal possession of a firearm; a move that is expected to earn him a year’s sentence in jail.

So it’s reassuring to see that free mixtape No Ceilings is a return to Weezy at his best; the idiosyncratic, drug-fuelled lunatic adored by hip-hop heads and indie fans alike. Going in hard with his lyrics, he talks love, Nike, bedroom techniques and out and out gangsta shit over many of this year and beyond’s biggest tracks. Jay-Z gets hit twice with takes on ‘Death of AutoTune’ and ‘Run this Town’, while even Lady Gaga isn’t safe; Wayne squeaking sporadic sweet nothings (“her lipstick match my flag, that’s swag … I’ll put it in your mouth ’til you choke and you gag”) over a Gaga sample on ‘Poke Her Face’. Capone-N-Noreaga cult classic ‘Banned on TV’ meanwhile receives one of No Ceilings‘ tightest performances, Wayne only pausing his relentless boasts for a quick reload.

Even with Rebirth and a jail sentence on the horizon, No Ceilings reaffirms Lil Wayne’s status as one of the most adaptable rappers around; its outro reminding rivals that “just a message from me to say, your beat ain’t safe”. Not many MCs have the personality to get away with something this erratic – and at times, ridiculous – at this turbulent a point in their career, but even when Wayne’s not feeling it (on ‘That’s All I Have’ he admits “I don’t like this beat / but I’ll weather the storm, I’m a lightning streak”) he excels; coming out the other end sounding triumphant.