Paul White: Sounds from the Skylight 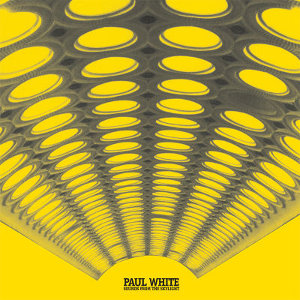 Hypnagogia is the term used to describe the state between wakefulness and sleep; a woozy and alien place where dream fiction bleeds into conscious reality. This beat tape, like the onset of sleep, brings a pleasant sense of disorientation; vivid in its mysterious eclecticism and just as unsettling, taking unpredictable turns as the subconscious takes control. If Sounds From The Skylight is an insight into Paul White’s subconscious, then it’s a wonderful place.

This record can be seen as a phantasmagoric cartoon. In the same way that dreams elude precise definition of form and substance, the tracks, or ‘beats’, collected here, shift and transform; a range of shapes, colours, sounds and feelings, cycling through moods and referencing vintage psyche, solo piano composition, ambient soundscapes and eastern chants along the way. Of course, there is a hip-hop spine to it, but there’s also an avant edge. This record captures the pop sensibility of something like the Avalanches’ classic Since I Left You, as well as the playful plunderphonic sample abstractions of artists like John Oswald and Vicki Bennett.

The analogy of the sample based producer as editor and auteur works well here. There is no doubt Paul White is a meticulous crate digger; the richness of the sample choices clearly demonstrates a religious approach to their provenance, is evidence of an envious library of source material and manifests a deft craftsmanship in their manipulation: rare funk alchemy and dusty vinyl skullduggery at its best.

Whilst the art of hip-hop sampling is certainly a product of America there is a distinct UK filter here. This record couldn’t have been made by someone unfamiliar with the sample craft and sound chunk trickery of UK music as found in hardcore and jungle. White could be as much influenced by that as the work of any US hip hop counterpart. This is a UK hip-hop of which to be proud; more than post-Dilla reductions and more than a sum of its parts. One track sounds like Jack White jamming with the Smurfs and Wu Tang, another like Disney doing soft porn and another like a Tibetan monk freestyling with Todd Edwards. But it’s all entirely unplaceable, and that is the beauty of it. Recognisble but unplaceable; pop yet abstract, just like the morning after memories of the previous night’s dream.

The only negative to draw is that to release a collection of music like this as a mere beat tape is almost an arrogant move, making one wonder what exactly this collection’s auteur discards. There is no doubting the precocious talent of Paul White. Following on aptly from debut album The Strange Dreams of…, this is a heady trip; oneiric in its beauty and perfect as a late night, lights out, hypnagogic experience. Sounds From The Skylight is what a crate digging music obsessive’s dreams are made of.