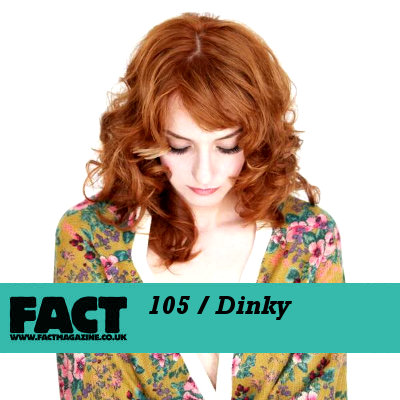 FACT Mix 105 is by Alejandra Iglesias, who you know as Dinky.

Now based in Berlin, the Chilean producer has been pushing her own dreamy, experimental house and techno sound since the beginning of the decade, when she arrived in New York to study dance and became enamoured with the city’s club scene.

After a string acclaimed 12″s on Traum she released her debut album, Black Cabaret, in 2002, but it was with 2005’s Cocoon single ‘Acid In My Fridge’ that the world really began to take notice. Since then, she’s become a dynamic and unpredictable force in electronic dance music, putting out heady material on Vakant, Crosstown Rebels and her own Horizontal imprint, most notable 2007’s terrific Ringing EP.

This month sees the release of her third studio album, Anemik, hot on the heels of last year’s May Be Later. It’s her debut on Vancouver’s Wagon Repair label, and her most potent offering yet – all swinging rhythms, dizzying psychedelic textures and an undertow of melancholy that stays with you long after you’ve finished listening.

FACT Mix 105 displays all the flair, emotional range and dancefloor nous that has made Dinky a force to be reckoned with. It’s a very celebratory-sounding session, with a bias towards skippy US house and stripped-back continental techno but with some terrific curveballs from Arthur Russell, Martyn and more. It’s undoubtedly one of the best house-leaning mixes we’ve ever had the pleasure of hosting, so please dig in and enjoy.