Alog: ‘Every Word was once an Animal’ 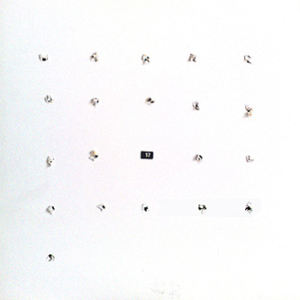 Norweigian electronic eccentrics Alog have been doing it for a while, releasing 12” singles and albums on local labels Rune Grammofon and Smalltown Supersound. ‘Every Word was Once an Animal’ marks their first release for the more widely recognised FatCat, as part of the label’s split single series.

Although it’s easy – geographically at least – to lump Alog in with the rest of the Rune/Smalltown crew, stylistically they find some of their closest peers in the fuzz-heavy ‘band techno’* of Black Dice, Excepter and Animal Collective’s Berserker project. Strands of all three groups find their way into ‘Every Word’: it builds up slowly with soft hills of noise that lope and roll over one another, increasing in tempo throughout the track’s course before finally tumbling away, leaving space for some tribal vocals and percussion to finish the track. Like Black Dice’s best moments, it’s warm, enclosing noise – like putting a beating heart inside a feather duster and amplifying it – and it is subtly spectacular.

*okay, I made that term up. But you know what I mean.