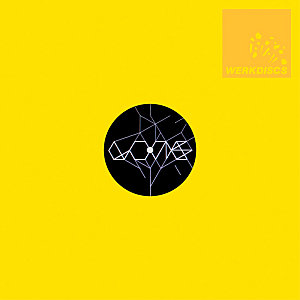 Heads weren’t ready when Lone dropped the out-there, warped halluncino-hop album Lemurian in 2008. But boy are they ready now, and he’s back to clean up. Where that previous LP for Dealmaker Records followed the tripped-out, Dilla/Fly Lo/delete where applicable, non-quantised beats formula to strong but unremarkable effect, ‘Joy Reel’ is sea spray in a coastal wind, a musical smack in the chops that wakes us from our complacency, wondering how this conflation of sounds hasn’t happened before.

Taking the more outré components of shimmering 80s computer boogie – fizzling machine bass, and singing robot keys – Lone teases out the latent psychedelic frequencies hidden beneath the surface of that music and presents it in all its most astonishing, lysergic splendour: like a latter day Kleeer release on Warp, or even the Neptunes or Kanye if they’d had the guts to push the electronic envelope even further.

B-side ‘Sunset Teens’ is a carjacking of the Outrun convertible, a breakneck, optimistic pedal to the metal surge towards the last rays of the sun, packed with wiggly, analog funky worms. If the forthcoming Ecstasy and Friends album is anything like this, we’re in for a treat.