The Sight Below: Murmur EP 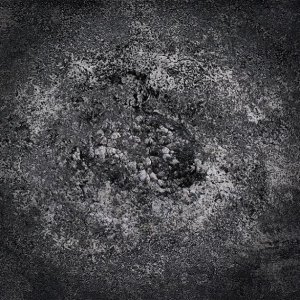 For any instrumental music, and particularly ambient electronica, track titles and visuals are almost as important in expressing intention as the sounds themselves. By that token, The Sight Below reveals himself to be a man with a clear musical vision: these tracks do indeed murmur and the accompanying black and white image (of what looks like lichen massively magnified) captures the sense of something natural yet unfamiliar.

As for the music itself, the title track of this EP is closer to a club banger than anything on Glider. Which is not to say that Pete Tong will be playing it anytime soon. But any DJs who have time for Modern Love artists such as Pendle Coven and Echospace could find a place for it in their sets. Drones, crackles and gently throbbing beats are slowly joined by echoing percussive stabs and, later, a hi-hat. Layers build then ebb away.

On the other new composition, ‘Wishing Me Asleep’, ambient swirls and occasional bursts of static overlap in counterpoint to the 4/4 pulse, creating a dreamy yet jarring effect similar to that moment when you jerk awake as you are nodding off on a bus.

Eluvium’s remix of debut single ‘No Place For Us’ adds a drumbeat like cardiac arrythmia over the most serene noise. Simon Scott on the other hand dispenses with the drum track of ‘At First Sight’ in favour of whispering voices and an enormous rumble of guitar interspersed with occasional glints of something precious. A track with all the desolation and beauty of mining gold miles underground.

In turning to key figures of the early 90s shoegazing (Scott) and ambient scenes (Biosphere), The Sight Below is laying down potential markers for his next musical journey. In the meantime, it seems entirely apposite that I am writing these words from a fast train at dawn on a grey morning having had only two hours’ sleep. Ideal listening conditions for this darkly enveloping music.