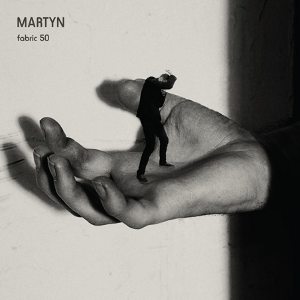 Of all the feted, blogged, reviewed and revered of the producers operating on dubstep’s fringes, Martyn is surely the most mercurial. The Washington-dwelling Dutchman, also known as Martijn Deykers, has taken great pleasure in foxing our expectations ever since people first tried to tag early productions like ‘Broken’ or his remix of TRG’s ‘Broken Heart’ as dubstep.

Martyn, of course, always insisted his sound – as both producer and, increasingly, as a DJ – was simply “Martyn music”. A wise move: to get put in the trendy genre bracket means you’re hot for a hot minute, then dropped like a hot rock when eager ears move on to the next cool thing. Not for him the pigeonhole game, which might explain why he’s ostensibly “gone house” on his mix CD for London’s Fabric club, weaving plenty of kickdrum thumps and 4/4 beats throughout a mix that’s nonetheless as wide reaching as CDs of this stature come.

Indeed, those expecting dubstep might be a little disappointed. There’s certainly some of its most virulent mutations here, however, sprouting legs and walking on land for the first time. Consider Zomby’s ‘Light Cycle’; a bleeped out 5000AD dispatch with neon blobs dancing to some fucked up UK funky replicant, or the way that it evolves into the pitch black smoke belches of Berghain meistermind Ben Klock’s lick of Deepgroove’s ‘The Clock’. Techno – as well as drum’n’bass – has always been part of Deykers’ musical DNA; what’s so clever about Fabric 50 is the way he threads the most forwarding thinking funky and percussive house through the cold heart of techno, circulating warm, soulful blood through the machine.

Martyn doesn’t stop there: his remix of Detachments’ ‘Circles’ is a bizarre melding of dubby post-punk and the pulse ‘n’ bump of the best UK Funky, serrated guitars and baggy styled vox meeting ultra-percussive rhythms to amazing effect. Another highlight is his own ‘Fredrichstrasse’, which manages to feature all the typical US garage house tropes but pushes them into a new syncopated template, a shuffling, irresistible wiggle that slides effortlessly into the funky techno of Levon Vincent’s ‘Air Raid’.

In the instance of Fabric, it shows that the London club’s label is starting to pay more attention to this new generation of DJs and music makers – as their forthcoming Elevator Music compilation and recent Room 3 showcases of labels like Berkane Sol also indicate. And it’s almost certainly the first time you’ll hear an air horn blasting through the normally rarefied, occasionally po-faced domain of the Fabric series (those are normally reserved for the more aggy FabricLive comps).

Simply, this is the best Fabric mix in yonks: Martyn music has legs, will travel.