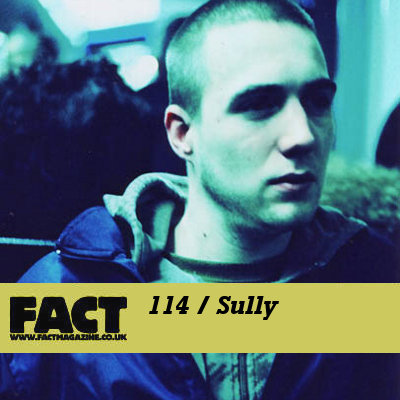 “My view is that he’s a genius” – Grievous Angel

We don’t know much about Sully. Most people don’t. Discogs claims he’s one half of drum’n’bass duo Spectrasoul, but this might not be true [edit – it’s definitely not true].

What we do know about Sully is that he’s something special. Nicknamed the King of Swing amongst dubstep heads that know, his ‘Phonebox’ single from 2008 is one of FACT’s very favourite dancefloor jams of the past few years, and it’s one of several underground, overlooked bangers to Sully’s name.

The next step in the Sully story takes the form of a 12″ for Martin ‘Blackdown’ Clark’s Keysound label, who also have released / will be releasing singles by Skream, LHF, Kowton and Zomby. “Sully is a really key artist for me”, Clark told FACT in a recent interview.

“With all the talk about garage and the new hybrids of it … his ‘The Loot Remix’ is speed garage but ‘In Some Pattern’ is a perfect example of how you can have a swung 2step framework but go in completely different directions with it, in this case part 80s electro part detuned synth/purple wow.” Both tracks are featured on the aforementioned 12″.

Anyone with half an interest in swinging, percussive garage and gorgeous, enveloping melodies should have a full interest in Sully’s FACT mix – it features new, untitled productions from your man, plus fresh material from Kowton, Sbtrkt and more. Full tracklist on page two.