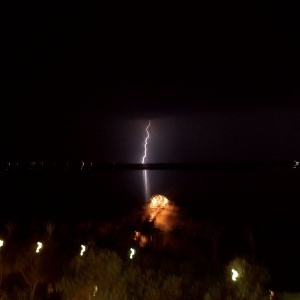 Pantha Du Prince’s album This Bliss is one of the past decade’s very best albums; a perfect synthesis of lofty melody, emotional heft and uncompromising dancefloor grit. It’s one of the few albums in existence that indie bed-wetters and techno grunters alike have fallen for.

Its excellence has hardly gone unnoticed. Pantha, real name Hendrik Weber, has signed to Rough Trade for the release of his new album, thus parting company with Hamburg’s Dial Records – the stable which nurtured him and to my mind provided him with an unimprovable context for his work.

As far as lead singles go, ‘The Splendour’ is rather muted – there’s a firm 4/4 pulse throbbing through it, but absent are the righteously heavy, lashing basslines that have tended to underscore Weber’s most memorable work. The focus, therefore, is on the top-side melody – the dense clustering of chimes that was once Pantha’s unique signature, but now sounds like his formula, at worst an albatross round his neck. For all the diligence and ingenuity that’s gone into recording and processing these beautiful sounds, they’re wasted servicing a melody that is simply underwritten and unengaging.

Weber is a producer capable of conjuring vast canyons of hope and hurt, but here he just seems to plod along inscrutably, confusing pretty with profound. Don’t get me wrong – ‘The Splendour’ is still far more ornate and engaging than most electronic music you’ll hear this year – but there really is something deeply unexciting about it when compared to earlier achivements. But hey, it’s a free download, and you can be assured that better things await you on the album.