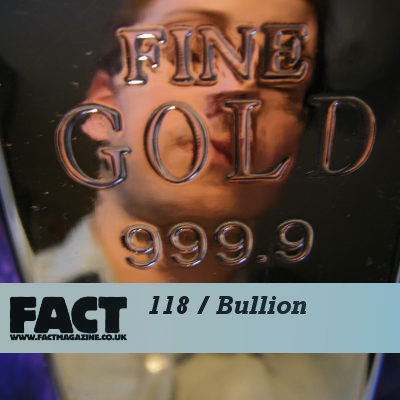 This morning’s FACT mix takes the form of an exclusive session by Bullion.

Part of Alex Chase’s One Handed Music stable along with Paul White, Nathan ‘Bullion’ Jenkins is an Acton based hip-hop obsessive who first came to many’s attention with Pet Sounds: in the Key of Dee, a remix project that remixed pop monoliths The Beach Boys in the style of late Detroit hip-hop legend J Dilla.

A series of singles for One Handed followed, including a poignant collection of delay-soaked love songs on last year’s Young Heartache EP, and well, here we are.

Bullion has a new single out this month, ‘Say Goodbye to What’; his FACT mix should be the ideal soundtrack to you buying it online, or just illegally downloading it or whatever you kids do these days. David Crosby, Fleetwood Mac, Cabaret Voltaire and more feature.