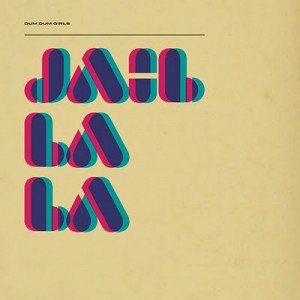 It seems appropriate that Dum Dum Girls’ first release on Sub Pop, that most venerable of American indie labels, should recall so much great girl-fronted alternative rock.

Dum Dum Girls’ singer, Kristen Gundred, sounds like Kimya Dawson, but backed by a proper band rather than Adam Green fucking around. ‘Jail La La’ was co-produced by Gundred and Richard Gottehrer: founder of Sire Records and the producer behind Blondie’s debut and The Go Go’s ‘Beauty and the Beat’. The kaleidoscopic burst of harmony during the song’s chorus evokes the kind of sophisticated, feminine melancholy perfected by Tanya Donnelly and Kristen Hersh with Belly and Throwing Muses.

‘Jail La La’ sounds like it could have been recorded for the soundtrack to Empire Records. It makes the little part of me that’s still in love with Winona Ryder’s character in Reality Bites go weak at the knees. Dum Dum Girls are neither the most challenging nor the most innovative band you’ll hear in 2010, but they’re exhilarating nonetheless and ‘Jail La La’ is a joy.