Sully: ‘In Some Pattern’ 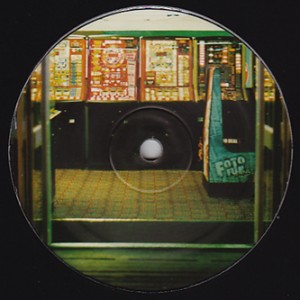 Ahh, these fizzing, buzzing synth chords – where did they come from?  I mean, we know that Martyn and then Joy Orbison brought the pads with them from the deeper end of drum & bass, that Terror Danjah, Joker, Hudson Mohawke and co found common ground between the anthemic synths of grime and crunk, that the Californian Brainfeeder axis have always had a touch of the Sun Ra cosmic background radiation to their sound, and that UK funky got its own harmonic language from broken beat, afro-house and garage…but why and how all of these things have come together over the past year or so, bringing in hints of everything from ‘Axel F’ to Alice Coltrane, to fill tracks such a wonderful tingly zingy top end is still a mystery.

Anyway, let’s not look a gift horse in the mouth, the hows and whys can come later – for now, it’s still a fresh and instant sound and very much of the now, and Keysound and Sully are doing their bit to keep it extra minty fresh by releasing the 2-step bounce of ‘In Some Pattern’.  There’s a distinct vintage Detroit techno hand-edited flavour to the way the chords shoot straight into the nervous system then clip off without warning, and as it progresses they never quite seem to repeat.  Underneath them are raw twangs sounding like Konono No.1 thumb pianos, loads of laser zaps, unexpected bursts of ‘Funky Drummer’ and that rubberised beat that plays the rigid off against the unquantised just so to make a stone cold classic piece of electric funk.

Sully’s remix of J-Treole on the other side isn’t – couldn’t be – as instant. Its jazzy deep house electric piano chords are a lot more subtle, and its whole structure and soundscape is a lot more like straightforward Groove Chronicles style garage circa 1999 – but that’s by no means a bad thing, and it too has an irresistible hip-swing.  It’s literally very good music for dancing to.