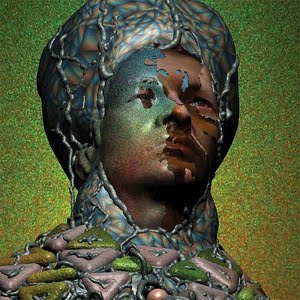 OK, before this latest phase of 1980s revival goes any further let’s get one thing straight –  Duran Duran are awful. Not entirely talentless, of course, but ultimately no more than a bunch of chancers who got lucky when they discovered the knack of dressing up barely above-average hooks and otherwise utterly forgettable songs in layers of blustering over-production, and exploiting the birth of the MTV era with their plug-ugly styling and aspirational “lifestyle” gubbins that itself was a shoddy knock-off of Roxy Music’s far stranger and more nuanced high-life schtick from a decade before. They were the pinnacle of vacuous 80s yuppie bullshit, and anyone tempted to try applying revisionism to that badly needs to recalibrate their irony or nostalgia meters.

It shouldn’t even need saying, really, but when a quality act like Yeasayer will suddenly turn Durannie, something is awry. ‘Love Me Girl’, the centrepiece of this album, is an great piece of work – its rippling Balearic pianos, early Timbaland-style skittering beats, burping acid sounds and impassioned vocals lock together wonderfully – but then without warning its choruses erupt out of nowhere into the full Le Bon, and really it’s all a bit disconcerting.

And there’s the problem with this album in a nutshell. Yeasayer are essentially brilliant: the songwriting on every single track on Odd Blood is packed with great, graceful melodies, the harmonies are lush, the range of influences is huge but well tied together, there are crazy psychedelic noises everywhere without ever seeming gimmicky. They’re easily the equal of, say, MGMT or Empire Of The Sun on all these fronts – and yet they’re constantly hobbled by being tied to this 80s “big pop” idea, to those nasty clean, thin Yamaha synth sounds and crashing Linn snare drums, to the idea that every instrument has to be mixed for maximum clarity and gloss whether it suits that sound or not.

What they don’t seem to realise is that good 80s Big Pop, whether that be Prince, Talk Talk, A-ha, ‘Let’s Dance’ Bowie or any number of Balearic obscurities, was good despite the dominating production style of the time, not because of it. For the most part, the 80s were about expensive but actually not-that-good synthesisers and samplers solos piled layer-upon-layer and doused with wanky sax solos to try and hide the fact that groove, soul and excitement had drained away from the mainstream: they were, in short, about Duran bleeding Duran. That was why we needed hip-hop, house and rave music so badly in the mid-late 80s: to bring back the idea that over-production and glossy surfaces were not what mattered, that an amazing beat or a great sound or riff could be enough.

Now, thankfully, Yeasayer don’t use 80s production to hide lack of ideas – they clearly have plenty of those – and even better, they don’t have wanky sax solos. Also, that moment in ‘Love Me Girl’ is the only full-blown Duran eruption – on the whole their reference points are much, much cooler and better, with even a hint of Gun Club or Violent Femmes gothabilly boogie in addition to Prince, Talk Talk and the rest. And there is enough of a vein of of post-techno, 21st-century sonics running through the whole thing to mean that this isn’t just a chic retro period piece. But all over it is that production, that gloss, those horrible snare drums that leap out at you just as glaringly as if Simon Le Bon’s face suddenly loomed up at you in the middle of a pleasant dream.

All of which leaves the problem of how to mark this album. I’ve given it a points score, but frankly that changes each time I listen to it. This is a great album – a really great album – in so many respects, but all those shiny, overblown yet bizarrely weedy 80s sounds can’t be ignored, and it’s almost impossible to listen without thinking how much better it could be had the band not been so beholden to skewed nostalgia. So, Odd Blood: a frustratingly brilliant record.  And Duran Duran: awful. Now, isn’t it time for the 2000s revival yet?