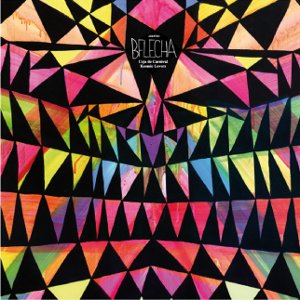 Spanish producer BFlecha has been pushing to establish a real presence with her own rainbow strain of bass music for a little while now, recently winning herself some much-deserved exposure via Sinden and Rustie as well as enthusiastic props from both the Hyperdub and LuckyMe camps. The problem is, as the scene bloats with a glut of similarly-hued submissions – including the startlingly original Secrets EP from gifted Manchester producer Numan – it’s not the easiest time to shine if your brand of dubstep is heavy with analogue sound.

Despite difficult odds, A-side ‘Ceja De Carnival’ is an admirable attempt. BFlecha’s Cirque-du-Bristol production rolls and swells with all the woozy enthusiasm of a cough syrup carnival, dotted with all manner of quivering analogue glitches. Something though, feels markedly unsatisfying. Breezy chords shimmer beautifully – in fact, every facet of this track seems to have been considered with wondrous precision – yet something seems exasperatingly wrong.

Whilst ‘Ceja De Carnival’ is by no means a fruitless track, full to the brim with whirring, interloping synthesizers and heavy-edged console bass, a palpable over familiarity with that fuzz sound leaves the same sensation as when the factory-grade wob-wob got too neanderthal. ‘Ceja De Carnival’ is smoothly put together and ultimately satisfactory, but it’s doubtful that it has enough buoyancy to break the surface of the tides of digital sound.

Thankfully, B-side ‘Kosmic Lovers’ makes this release stand out. As BFlecha’s vocals arc and dip over what sounds suspiciously like 80’s new-romantic backing, echoes of electro-duo The Knife are plentiful. If you’re not much of a multi-linguist you’ll probably struggle to follow the jist of BFlecha’s twisting, endearingly imperfect vocals, but whatever they’re dealing with, she delivers them with such breathy insistency that they sound pretty life-affirming.

A brooding piece of synth-pop, ‘Kosmic Lovers’ is an absolute triumph. With its shadowy trills and slinking brass giving the song’s structure a distinct skeleton of bare bones pop, this is the establishment of a truly fresh sound; a digital step that basks in its own dark-eyed twinkle. This single may be too laden with pop nuances [or just too fun – Ed] for festishists of the gloomy and heavy ends of dubstep, but it’s an intriguing, while by no means perfect release that marks BFlecha as one to keep a keen eye on for pop and dubstep fans alike.