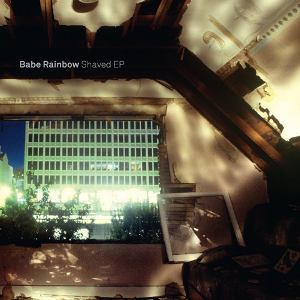 Warp Records spent much of 2009 celebrating reaching their 20th year in business by getting all squiffy and misty-eyed in public. And why not? The label richly deserved to throw the series of massive blow outs which detonated in Tokyo, Berlin, Sheffield and London over the course of the year. Not many imprints have reached such a milestone while remaining true to their defiantly independent musical stance.

Indeed last year’s parties were suitably hedonistic affairs and anything but exercises in bleep-based nostalgia. Modern Warp acts Hudson Mohawke, Rustie and Flying Lotus demonstrated that their way with a bassline, a synth and a feeling – aided by some wild, scattered percussion – was just as heavy, odd and emotive as work from their more established Warp colleagues.

Now with 2010 upon us, a fresh flock of artists are taking their first tentative steps into the limelight from the Warp womb. Alongside Portland duo Nice Nice and Californian hippie savant Gonjasufi, Babe Rainbow is one of the label’s weirder faces for 2010.

The Shaved EP is a seven track introduction to the various skills and idiosyncrasies of Babe Rainbow, also known as Canadian Cameron Reed. Previous endeavours have seen him remix the likes of the Midnight Juggernauts, Comanechi and [formally MF] DOOM, but this first proper release is a more effective showcase of the dubstep-influenced graveyard funk that he deals in.

At times reminiscent of London figures Brackles and Bass Clef, Shaved’s sonics bristle with sparse percussion, static and reverb while occasionally donning boots made of bass large enough to crush your soul. ‘Tummy Sticks’ marauds in similar territory to Burial if he spent his nights on children’s carousels rather than South London public transport, but the rest of this EP is more pastoral swamp than urban cityscape, sitting perfectly with the rest of Warp’s new recruits and ensuring that a new decade for the label opens in suitably perculiar hands.