Red Bull Music Academy‘s programme of London events continues this week with appearances from artists as diverse as Goldie, Morgan Geist, Martyn Ware and The Bug. Here’s our guide to what’s going on. 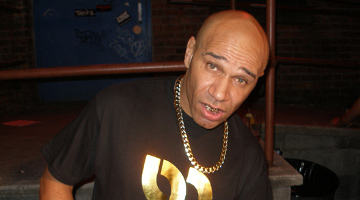 A one-off soundclash, hosted by Don Letts, that will see Jazzie B’s Soul II Soul, the Trojan Soundsystem, Goldie’s Metalheadz and Digital Mystikz fight for the favour of the Roundhouse crowd. The kind of gladiatorial contest that would make even the hardest Roman warrior shit his loincloth.

Soul II Soul was one of the late 80s and early 90s most important soundsystems, a melting pot of cultural influences that went on to conquer the pop charts with seminal club tunes like ‘Back to Life’. Since its earliest 12″ releases and legendary, game-changing nights at the Blue Note, Goldie and his Metalheadz crew have been at the forefront of drum ‘n bass. Trojan Soundsystem’s roots sounds keep the original chest-rattling sounds of Jamaica burning, while Mala and Coki AKA Digital Mystikz, meanwhile, are two of dubstep’s true originators and most incorrigible chest-rattlers.

This is honestly going to be mental.

A bout of sonic warfare that will be a little less ravey than Culture Clash but possibly even more intense is the one taking place in, of all places, the loading bay of the Royal Albert Hall.

The centerpiece is the 3D Audioscape: designed and developed by Martyn Ware (The Human League) with Vince Clarke (Depeche Mode, Yazoo), it allows an artist to control sound in all kinds of three-dimensional paramaters. Those taking advantage of its mind-bending potential will be Plaid, Mira Calix, King Cannibal, Daddy Freddy, DJ Food and, perhaps most intriguingly, The Bug and Flow Dan. The thought of hearing ‘Skeng’ through Ware’s “man-machine monster installation” is enough to guarantee our place on the front row. 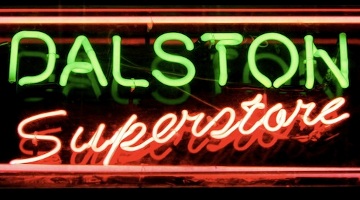 The Academy takes over East London hipster hive Dalston Superstore to showcase five “glitterball grandees” from the roster of 2010 participants, each currently causing a stir in their respective home scenes. 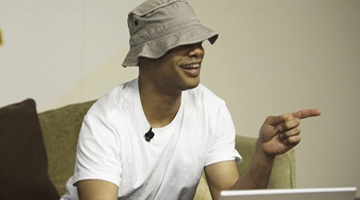 This is another must-see: two of FACT’s favourite DJs, Maurice Fulton and Morgan Geist, taking to the decks at London’s best new music venue.

New Yorker Geist is boss of Environ Records, one half of Metro Area with Darshan Jesrani, and a peerless custodian and evolver of the city’s grand disco tradition. A master-producer, his solo albums, Metro Area records and collaborations chart exist in the very special space between techno, house, disco and boogie, with aqual emphasis on tough, club-ready grooves and soaring, heart-rending melodies. As a DJ he’s similarly inspired, whipping up 30 years of dance music into a tart and dizzying cocktail.

Joining him is Maurice Fulton, another visionary producer whose low media profile belies his massive influence. From broken beat and Detroit-style techno, via steppin’ house, electro and cosmic disco, Fulton has an uncanny ability of taking existing musical forms and completely reinventing them. The opportunity to catch he and Geist spinning in such an intimate venue, for free, is one you really ought to be taking. See you there.