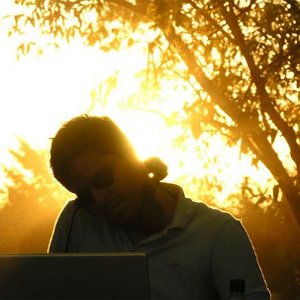 Gui Boratto. Brazilian, signed to Kompakt, responsible for one of the worst album covers in recent memory, and generally adored by the same people who adore The Field, Gold Panda and Sigur Ros – those who prefer their electronic music on the organic side, with plenty of guitar and plenty of emotion.

There’s nothing wrong with that of course, and Gui Boratto – like The Field, Gold Panda and indeed Sigur Ros – has made some very good music in his time. So have Massive Attack, who’ve just released Heligoland, their fifth proper album (to ignore Danny The Dog, No Protection et al), and a perfectly good record that, as was recently pointed out in this review, suffers more due to the quality of what’s come before it than its own failings.

In the song’s third act, the percussion that opens it is completely evaporated by some delayed strings, before that conveyer belt shuffle returns for Act Four – a muted epilogue.

Boratto’s remix is less experimental: from the opening chords the track’s elements orbit a fixed groove; the piano darting around a house beat that rolls far slower than the original. Sandovel’s vocals – bar the odd bit of echo and filter on certain words – remain untouched, but the context has changed: where as they previously dominated ‘Paradise Circus’, now they’re being sung, outward looking, from deep inside the track’s cylindrical skeleton.

Structurally, this remix is nowhere near as interesting as the original. There’s no radical musical switches; no demolition jobs – in fact it’s pretty standard: house track builds up, house track breaks down, house track builds up a little bit bigger than before and closes. What it does do though, with its subtly treated guitar and sugar coated piano keys, is sound very nice, while retaining both the focus and the key melody of the original – which to be honest, sounds better slowed down anyway. More nice music from Gui Boratto? Who’d have thought it?