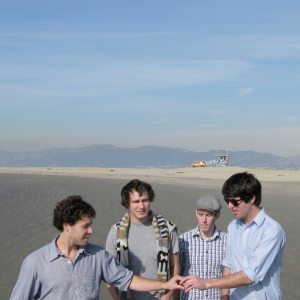 Charging from The Ramones through to The Fall, as though hurrying to get back to writing the next record, there is a noticeable lack of new ground being covered. But then, new ground can be problematic, and with the frenetic groove of ‘Move Along’ compelling you to stop thinking and just dance, you’re unlikely to notice until it’s too late. Some of the Soft Pack’s best moments occur when the tempo drops; notably on the sleepy ballad ‘Mexico’ that slumps along, nonchalantly draped in wildly bent guitar solos, reminiscent of a young Graham Coxon. But the melody most likely to crop up as you sit in the bath is undoubtedly that of ‘Down on Loving’.