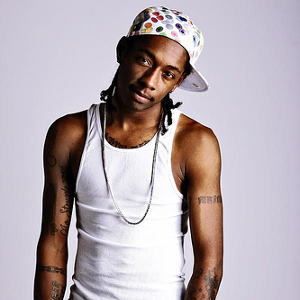 If you haven’t heard of veteran rapper All Star just yet, be assured that it’s alright. And if All Star’s newest offering ‘Alright’ is any indication of his demeanor then it really is alright because he’s more laid back than a sleeping Cadillac. However, once you hear this track you will probably want to keep up with the man.

Nashville’s All Star a.k.a Starlito sounds so at home on this smoky outing that you wonder if he recorded his verses in his living room easy chair; twisting the notion of slow motion to the point where it’s hard to tell if he’s just chatting in rhymes or if he’s actually rapping bars. He slips in and out of verses like a lazy ghost with a voice like a Nashville pedal steel lap guitar. Believe it, the boy is smoother than American pro-meth syrup in English custard.

For any southern rap jock, this track is a pure bred, slowed-up stallion. Producer DJ Burn One proves his respect for tradition with a backing that references various points of country rap legacy. There are New Orleans bounce samples in the intro, chopped percussion, instrumental samples mixed with electronic drums ala Organized Noise, and Pimp C style guitar work throughout the whole track. A sweet soulful humming harmony pins all the parts together beautifully. Burn One is becoming the leader of a classical country rap movement at this point and his work on this instrumental is no exception.

This track is a testament to the true musical legitimacy of rap achieved by MC and producers that actually get together and collaborate. If this track is any glimpse into the overall sound of Lito’s upcoming Renaissance Gangster album then we should be more than excited to hear the rest of the tape. Especially since it is reported that Burn One handles a majority of the production. Things might just be alright this February.