Sbtrkt’s a (masked) man that we’ve always had a lot of time for at FACT. We’ve been backing this garage producer since before he had a release out, and last year he played one of our parties and compiled a stellar FACT mix.

So we’re glad to see that the first half of 2010 will see a succession of Sbtrkt releases. First up is a single for Young Turks, the label that brought you last year’s xx album as well as singles from El Guincho, Wavves and more.

Released on March 12, it pairs ‘Soundboy Shift’ with ‘Rundown’ – both tunes that were doing the rounds on radio last year, played by Sinden, Dusk and Blackdown and more, and comes limited to 500 copies. Full release page here.

Later in March, Sbtrkt will contribute to a remix 12” for Gilles Peterson’s Brownswood Recordings label. The remixes here – from Sbtrkt, Rockwell and Jas Wan – deal with ‘Warrior’, which is a cover of Benga’s ‘Emotions’ by Jose James, a jazz vocalist who’s worked with Flying Lotus, Moodymann and more on his debut album, BLACKMAGIC. 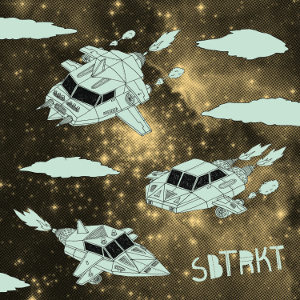 This one’s a 2×12” double pack EP, with four tracks: ‘2020’, ‘Jamlock’, ‘Oneweekover’ and ‘Pauseforthought’ – as usual with Brainmath, the press release simply bears the tag “limited vinyl, limited info.” Artwork above.

Also, if Sinden’s Twitter is anything to go by, a collaborative 12” between him and Sbtrkt will also be in stores in April. Keep ‘em peeled.