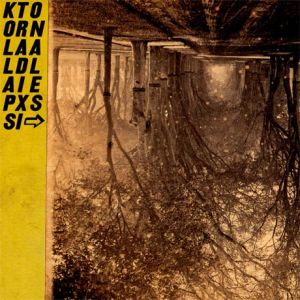 As a founding member of Godspeed You! Black Emperor and Thee Silver Mt. Zion Memorial Orchestra, Efrim Menuck has established himself as a key figure within Montreal’s influential underground music scene. Since 1994 the bands he has led have distinguished themselves with a succession of magnificent records and their consistently elusive, occasionally antagonistic stance towards the rest of the industry.

Silver Mt. Zion’s last album, 13 Blues for Thirteen Moons, was released in 2008. Much has changed in the two years since. Their latest record, Kollapse Tradixionales is an existential treatise on life and the crumbling of institutional hierarchies. The title is a reference to the failure of the global economic system, and the chaos of the as yet unresolved aftermath. The album is also informed by the recent birth of Menuck and violinist Jessica Moss’ first child. While Silver Mt. Zion’s earnestness and occasionally high-minded approach leaves them vulnerable to accusations of being unpalatably solemn and sometimes wilfully obtuse, as a vehicle, their music is custom-built to convey ambitious, universal themes such as these.

The plaintive, hymnal Americana of the intro to opener ‘There is a Light’ progresses through a succession of stately movements before returning, after ten minutes, to a prettily adorned reprise of the song’s opening passage. It is unashamedly long, complex, and seductively elegant. ‘I built Myself a Metal Bird’ is the kind of barrelling stadium rock that Arcade Fire have virtually made their own, although its spasmodic time signature, alternating between bars of 4/4 and 3/4, never allows the song to settle into the kind of thundering locomotion that endeared Neon Bible to audiences in 2007.

Menuck has long proven himself to possess an ear for a snappy title; ‘I Fed my Bird the Wings of Other Metal Birds’ is no exception. The track begins with three minutes of unpromisingly distracted noodling, before building towards a propulsive string-led conclusion. I doubt Silver Mt. Zion will ever be invited to compose a Bond theme, but if they were, I’m sure it would be a very good one.

‘Kollpase Tradixional (Thee Olde Dity Flag)’, is the mournful fulcrum around which the rest of the album revolves. Menuck’s vocals take centre stage throughout, his voice sitting somewhere between the excitable yelp of Modest Mouse’s Isaac Brock and the sozzled slurring of Shane McGowan. ‘Collapse Traditional (For Darling)’ is a sweet lullaby, while the wailing violins of ‘Kollaps Tradicional (Bury 3 Dynamos)’ suggest the influence of Physical Grafitti era Zeppellin.

Closing epic, ‘Piphany Rambler’, is a gradually building waltz, reaching crescendo via a closing verse that recalls the album’s opening moments, this time set against a backdrop of squalling guitars and petrified violins.

A recent Quietus interview suggested that fatherhood may have mellowed Efrim Menuck. The evidence provided by Kollapse Tradixionales suggests that as a creator, he remains as restless and uncompromising as ever.