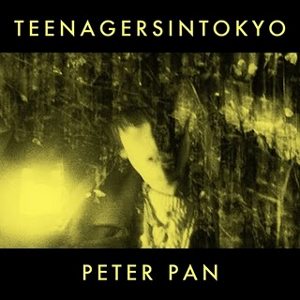 Available on: Back Yard 7″

Australia’s Teenagersintokyo deal in electro-pop which sounds almost as out of date as their moniker. Although latest release ‘Peter Pan’ initially shimmies with an icy billow of synths nabbed straight from an eighties post-punk hoe down, it all too quickly thaws into a mess of musical angles that most parodists have given up on for being too obvious.

Samantha Lim’s vocals drape themselves across an anaemic punk-funk chorus that may go down well while cruising the aisles of Top Man but hardly makes an effort to push the envelope. A serious amount of time and dosh may have been invested in the Teenagers’ sonic sheen but it’s so clean it only succeeds in leaving a bland aftertaste in the ears.

Despite the release emanating on Back Yard Records, an imprint for the some of the first exposures of funk kingpins Chromeo and The Gossip, the Teenagers have managed to bust a hole right through the label’s quality control filter. If you do find yourself drawn to making a purchase, then head straight to the remix by the Horrors, where the Southend Goths show that they’re now all about synths by ramming a vocoder up the Teenagers’ collective arse and setting the dials for cruise control, Autobahn-style.