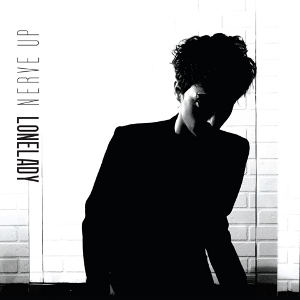 One of the newest additions to the Warp roster, LoneLady (aka Julie Campbell) draws inspiration from the post-punk past of her home city, Manchester, at least according to the elaborate Paul Morley-penned press release that came with the album. Thankfully, in a world awash with Joy Division wannabes, here that means 52nd Street, Ludus or Cath Carroll as much as the men in grey raincoats.

As with any homage, there’s a thin line between plain pastiche and something worth treasuring and, with great dexterity, LoneLady manages to stay the right side of that line. Primarily, that’s down to her ear for memorable but not hackneyed melodies and a fabulous voice that recalls Kristin Hersh in her Throwing Muses pomp.

The opening ‘If Not Now’ sets the scene, a familiar-yet-strange hybrid of Fire Engines, Phoenix and Yazoo. ‘Intuition’ enters the fray with a mesh of angular guitars, while the title track of the album is more stripped down, built around a taut bassline so catchy my mate Gilli was humming it 20 seconds into his first listen. ‘Nerve Up’ the song is as pop as Warp has ever got – Kylie Minogue with kudos.

While the uptempo numbers such as ‘Early the Haste Comes’ and the single ‘Immaterial’ are delicious pieces of guitar-driven alternative pop, it’s when LoneLady slows down that the scale of her talent becomes most apparent. The moment in Marble’, the standout track of the album, when the guitars kick in over the chorus is truly sublime. The closing ‘Fear No More’ dispenses with drums altogether, strings joining a lone, mournful guitar as LoneLady wails her 21st century urban blues, while dreaming of “Montana or Idaho” like some latter day Hugo Largo.

A powerful debut from a bold new voice.