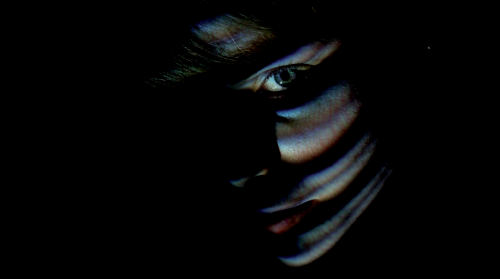 The only girl on her music technology degree course, Emika is a self-identified geek whose enthusiasm for music and technology runs scarily, infectiously deep.

British bred, Berlin based, she recently released ‘Drop the Other’ on Ninja Tune, a dubstep-inflected tune that gets played everywhere from fucked up underground parties to Radio One. Talking to her and listening to the music, you get the impression that she could be the one to shepherd electronic music from its current state of flux to somewhere entirely new.

FACT caught up with Emika to find out what’s been going down. Quite a lot, it seems.

How’s the response been to the Drop the Other EP?

“Absolutely shocking. Fantastic. I kind of regard what I do to have quite an underground sound and I’m really very happy that my music is translating to people from all different cultural divisions.”

How did you get into making music, was there a point when you were turned onto sound?

“There was a moment actually when I was at my Grandma’s house and she was playing David Bowie on a cassette player, I must have been nine or ten. I realised that music didn’t just kind of happen, it actually came from something. My mum’s very creative, she’s a textile artist and I’d spend a lot of my time just making things with her, like cakes or clothes, always making something and she said there’s a guy, David Bowie he makes music, and explained it as best as you can to a kid. That was a moment in my past where I realised you can make this stuff: Music.”

How did you end up on Ninja Tune?

“I did an internship there, I sat on the floor and stuck stickers on CDs for four weeks, it was the most boring experience I’ve ever had. That was my first foot in the door. I carried on sending them music which was totally rubbish, then I moved to Berlin, got very inspired by the music here and made some new stuff, sent it to Ninja and they offered me a deal.”

What prompted the move to Berlin?

“I got really ill at the end of my degree, I had to have my appendix removed and they completely messed up the operation. I needed more and more surgery – it was a complete nightmare. Then I spent a long time on morphine not really understanding anything. When I was well enough to get a job again I couldn’t relate to society anymore, nothing made sense to me. Then HSBC gave me some free flights for upgrading my account to a postgraduate account, and because I’d spent a lot of my childhood in Prague and I’d been to Paris and the usual EasyJet spots, Berlin was the only one I hadn’t been to, so I thought fuck it I’ll just come to Berlin. I discovered the underground music scene here and I felt really good again; for the first time in a year I felt like me.”

Do you go out on the Berlin scene, Berghain and those places?

“Berghain is the place for me! I’ve done some interviews where it’s so difficult to communicate the kind of vibe you have in these clubs. Also I’ve experienced a lot of stigma towards techno, I think people still picture it as the Love Parade! It’s such a different culture today. I get up on a Sunday, go and spend all Sunday there and I write lyrics in my head over the beats, come home and try and make what I’ve heard in the club.”

Do you think you’re drawn to dark, offbeat sounds?

“Yes, totally. I’m quite rebellious in a way, I want to show people what you can do with sound, I don’t necessarily want to show off my technology. I want to show people that sound can be really ambiguous and interesting because I focus on sound and because we don’t have a language where we can talk about it, people instantly classify it as being dark and futuristic, they don’t quite understand it. Maybe in twenty years from now people will listen to my music and will think “oh my God it’s pop cheese!””

Drop the Other combines distinct glitchy and dubstep tropes with abstract vocals and structure which could almost come from a pop song. Is it important for you to have these two elements merge?

“That’s something I learnt when I was at university. All the music people were making music that was so avant garde and it just left me feeling really alienated. The more I studied avant garde music the more I started to love pop music, I used to go home with my friends from university and they’d be like “we’re not going to listen to Radio One,  it’s for the ignorant masses” and I loved it! I totally fell in love with Beyonce and Britney Spears, it started to sound really amazing when you’ve been listening to the sound of radiators all day and reading about conceptual art forms, it was a nice release. My bigger ambition is to influence the pop world with avant garde sound. I don’t think avant garde sound needs to live in the art sound world, I think it can live in many places.”

Do you have a stock answer when journalists inevitably start asking you about “women with synthesisers”?

“Last year I watched La Roux and Little Boots become really big and I was feeling really sorry for them because they’ve been crowned “LADIES!” In the beginning I was really fighting against all the press because it would always say ‘new female producer’ –  I was always trying to get rid of the word female.”

One thing I’ve decided is that I hope, one day, there will be a woman who comes up with a computer programming language that’s not based on any of the stuff that the guys have come with over the decades.

“I want to work out how to perform my music live because I have a set up at the moment but it’s like karaoke. I have some technology and I can switch stuff on and off but for me that’s not performing live. I also want to run a marathon! I need to stop being such a nerd and do something for my body.”