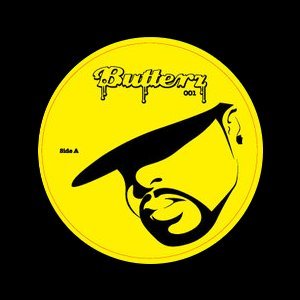 Fresh from the release of his triple vinyl retrospective on Planet Mu, Gremlinz (The Instrumentals 2003-2009), legendary grime producer Terror Danjah releases his first single for the non-stop Hyperdub label, and also inaugurates the new Butterz imprint.

After paying his dues long ago as head of grime’s Aftershock Recordings crew, home of Bruza, Badness and more, Terror launched himself back into the production game last year on the back of Gremlinz, with an EP for Mu preceding its release, and this pair of singles – along with a remix of Rough Trade’s Rox – following.

Hyperdub boss Kode9 is a long time fan and supporter of Terror, and the infectious A-side of his release for the label, ‘Acid’ finds him rewarded with Terror’s trademark combination of synths and weighty basslines leading to an astral middle section, where a minimal drum beat cascades into a second round of that synth / sub combo. B-side ‘Pro Plus’ sees Terror get together with long time collaborater D.O.K. for a track that falls on the less ravey and more grimey side of things, the pair carefully taking things to that dark side where Terror’s blood red productions often shine hardest – drum machines working overtime while Terror goes virtuoso on the synths.

Terror was also first pick to release on Butterz, the label ran by the first half of Rinse FM’s grime standard bearers Elijah and Skilliam. Coming with a three track EP titled Bipolar, Butterz 001 is, unlike the label’s name, actually quite nice. Title track ‘Bipolar’ is the highlight here, a growing, swirling bassline lies at the track’s core, while its high end switches from dark drumbeats to soothing synthlines. D.O.K. appears again, on a remix of last year’s ‘Sidechain’, while ‘Air Bubble’ is a well, bubbling beat that rises and falls, punctuated by some serious snare hits.